Scientists have recently discovered that many mental functions are heightened when endorphins released within the brain are exposed to alpha and theta binaural beat arrangements.

Research has shown that endorphins can enhance learning and memory, even helping to reverse the effects of amnesia in some cases. 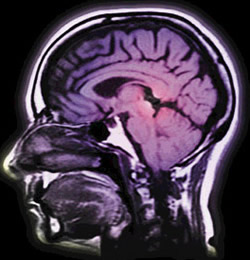 One notable research experiment by David de Weid concluded that rodents, specifically rats in this case, which were injected with endorphins, recalled things for longer than those that were not.

At Northwestern University, Dr. Aryeh Routtenberg termed these the ‘pleasure centres of the brain’ and noted that they contained ‘brain reward pathways’ that facilitate learning and memory. He suggested that these brain reward pathways enable the formation of memory because the brain is rewarded by localized electrical stimulation when it learns something.

The memory is created so that the brain can be rewarded again. Reward paths are therefore associated with memory formation and the brain is self-stimulating. The brain reward pathways are therefore playing an important role in behavioural choices for humans.

Scientists are effectively telling us something that many of us probably already suspected. Endorphins are the way that the body naturally rewards us. It gives us that buzz of pleasure and happiness when we learn something new, or behave in such a way that is fitting to our survival: the survival of mankind.

We know of seven chemicals at least that make up the endorphin family. Between them they affect our memory and the ways in which we learn.

Endorphins are persuasive: we love them, and this ensures that our belief systems effect appropriate behavioural fluctuations. Behavioural modification should be introduced to the mind when it is being inundated with pleasure giving endorphins. In such a way, the brain is told these changes are beneficial and they are thus adopted as such in the future.

Endorphins have been described by Dr. Candice Pert of NIMH, as ‘natural opiates’. She states that there is a ‘filtering mechanism’ in the brain, run by the endorphins, which is very selective about what is sent upwards.

They choose the information to send to the higher levels of consciousness, be that from any of the five senses: sight, hearing, smell, touch or taste —and in fact some information is then prevented from continuing.

Using this theory, scientists have suggested that once the endorphins have selected and filtered that information, the moment at which it is picked up by the higher levels of consciousness, the brain in this case, something is learned and we unwittingly get an ‘aha’ or ‘eureka’ moment. We then get a big rush of endorphins, rewarding us along our brain reward pathways.

The alpha and theta patterns that are produced in the brain when using binaural beats correlate with the relaxation response.

The relaxation response is the binary opposite of the better known fight or flight response, where blood is driven away from the brain towards the extremities of the arms and legs.

Where the fight or flight response is attended by low-amplitude, high-frequency beta brain wave patterns, the relaxation response is accompanied by high amplitude, low frequency alpha and theta rhythms. These relax tension in the muscles and increase how much oxygen is accessing the brain.