You are here: Home / Telepathy / How to Become Telepathic & Develop a Telepathic Environment in 3 Steps

Your mind may contain more power in it than most people understand or has been discussed in the scientific or academic world.

It transpired out of a collaborative project with Edmund Gurney, Henry Sidgwick and William F. Barrett ,which was investigating the possibilities of ‘thought-transference’.

Their original idea concerned: “a coincidence between two persons' thoughts which requires a causal explanation,” .

It was then defined as a “transmission of thought independently of the recognised channels of sense.”

In this post I will explore this amazing potential for human mind power and empower you to develop your telepathic powers. 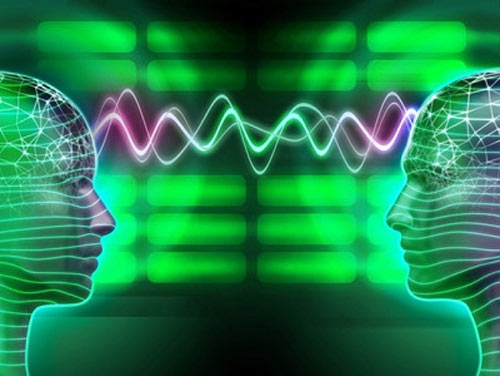 Origins and Cultural History of Telepathy

Telepathy has been within our different cultures and around the world for centuries, with some sources citing that in one way or another it has been used for 5000 years or more.

India, one of the oldest cultures in the world, has a tradition of telepathy that extends into very remote antiquity.

The science of induction is practiced extensively by South Asia's Yogic community and for centuries has been a point of fascination.

The Japanese, too, have a long past of “Ishin-denshin” (以心伝心). This is a Japanese idea that denotes a form of communication between people through an unspoken mutual understanding.

This four-character compound (or yojijukugo) literally translates as “what the mind thinks, the heart transmits”. Sometimes translated into English as “telepathy” or “sympathy”, ishin-denshin is also commonly rendered as “heart-to-heart communication” or “tacit understanding”.

In more recent times, there have been several studies that suggest that further research is likely to reveal the depth and properties of a group of deep brain structures that are well known about on the surface but who’s inner power and existence is only beginning to be understood.

French firm Axilum Robotics and Harvard Medical School and Berenson-Allen Center for Noninvasive Brain Stimulation at Beth Israel Deaconess Medical Center have all made huge breakthroughs into the potential for Telepathy.

The Ganzfeld experiments are among the most recent in parapsychology for testing telepathy, but none are fool proof due to the many factors that makes telepathy works.

Their studies have been published in recent years, suggesting that with more research this could be a huge tool for not only helping those who cannot communicate in normal ways, but for ever more adventurous and ground breaking methods of exploration both within the human mind and it’s opposite, outer space and the Universe as a whole.

While these exciting discoveries are potentially within grasp, these experts have all also agreed that the potential for great destruction has to also be acknowledged.

It is a hugely powerful force that in malicious hands (or minds) clearly could be incredibly dangerous for the human race and in fact all life upon this planet.

Therefore much research is conducted in secret and only the tip of the iceberg really can be seen at this point. Where humans take it next will be down to the individuals who investigate and wield such power.

How You Can Become Telepathic

Empower yourself by learning how to use telepathy for our betterment and humanity.

It is clear from the experiments that have taken place that there may be a latent potential in any human being and perhaps the most important way of working towards using it as a power for good in the world is for each of us to explore the possibilities.

To spiritually advance, it has been suggested by the Yogic community that we shall awaken the power that inherently lie dormant within us.

Aside from the practices of the Yogis, there has always been a strong pagan tradition of practicing telepathy through many different rituals, and even today the practices are popular with the White Wiccan Witches community.

This power to communicate with your “Higher Self” is fascinating. When you “talk to yourself”, this is essentially the first step towards communicating telepathically.

If you can communicate using the brain with the essence of your mind and the mind to the soul, you will maintain the connection for cosmic awareness.

The more you reflect with yourself, the clearer your telepathy becomes. Therefore meditation and especially transcendental meditation is one of the most important techniques in potentially unleashing this power within yourself. 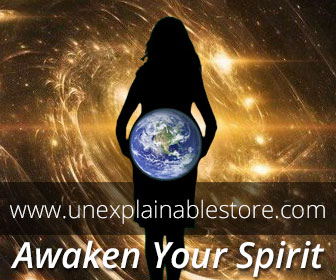 Have you noticed, for instance, how couples often seem to ‘just know’ the needs and concerns for each other? Or how mothers often know what is wrong for their child even when the child is not expressing anything? Good telepathic communication grows through love for each other.

This is not necessarily affection or physical attraction, but the love and understanding of others strengths and weaknesses specifically on a mental level. Physically, it can manifest into mirror neurons.

Aside from this there is also the “mob mentality” or “herd mentality” which is a psychological principle that describes how people are influenced by their peers. People have a tendency to follow the group and mirror their actions. This is group telepathy at its finest.

How to Create a Telepathic Environment in 3 Steps

There are three conditions which must be met in order for telepathy to occur:

Step 1: Cultivating a relaxed but receptive state of mind

You have to be in a state of consciousness akin to how you are naturally. Sure, you are in a receptive when you are relaxed, but unfortunately telepathy cannot occur when you are mentally very tired or trying to force it.

You mind must be open to believing in the potential and possibility of your mind and outside influences.

Step 2: Connecting with someone in the same zone

It is vital that you are relaxed but so is the recipient, otherwise they won’t hear you. It is a two way process if it has the potential to work at all.

The other person’s mental issues are shielding against your telepathic messages and so therefore both individuals must be relaxed and clear.

Of course, it is difficult to know when someone is in the most receptive state, but it is vital you have the faith to perform it and in that way the person you are transmitting to will be imbibed with that faith.

It is much easier to attempt telepathy with a sensitive, open-minded individual, and on first attempt probably better with someone you know.

Step 3: Start telepathy with someone you're emotionally connected with

It is always easier to trigger telepathic communication with someone that you are intimately close to. The connection in telepathy is stronger if you know the person or the person knows you because acknowledgment is considered invitation.

Start by visualising touchstones, such as a name, a face, or a property that is important for you and that person. These are things you both identify with and as such will be easier channels of telepathic communication.

It's true that  before you try to establish a telepathic connection, it is probably best to focus on yourself before trying it with anyone else.

The mind first needs to be trained because of the systematic numbing of the mind we are exposed to in society each day. Hundreds of years of evolution has distracted most people from the potential is often, as research has shown, the biggest obstacle.

In recent years, with access to new techniques, probably the most effective techniques in meditation and refreshing, relaxing and improving the mind has been the use of binaural beats and isochronic tones. To train your mind for telepathy specifically, check out the Unexplainable Store telepathy recordings.

The best environment to listen for telepathic entrainment is through headphones, preferably in a darkened room.

When you are unable to use your eyes you are forced to use other senses; your mental capacity is called on and you develop increased awareness of your surroundings and good and bad influences that come into your presence.

Those who practice telepathy also use practices like Astral Projection and Lucid Dreaming too. These are practices that involve utilising the third eye and sixth sense, so to speak.

Deep meditation practice is also key for unlocking the potential of the mind as it involves deep relaxation which connects to the earth and heals energy blockages and tensions in the mind and body.

In short, meditation and any form of spiritual practice is a pathway to opening up the mind to the receptiveness of the Universe and from there is where we begin to unlock the potential of telepathy.

At this point in time we are all discovering new elements about the universe we live in.

Only with a greater understanding and continued perseverance and investigation can telepathy be developed and used in a positive manner and as a defence against those who may wish to do harm not only to our planet but beyond.

Telepathy is a potentially inherent ability and we could all do with re-learning it to enhance our spiritual journey.