You are here: Home / Hypnosis / Does Hypnosis Work for Weight Loss? Here’s What the Science Says

It’s a tale as old as time, but usually one with a predictable ending, and it’s called ‘dieting.’

On average, 45 million Americans report that they are in a constant state of dieting, or that they’re always looking to lose some weight.

That’s a big club, and unfortunately, not a very successful one.

Here’s the issue: Many who adhere strictly to restrictive diet and exercise plans only fall off the bandwagon a few weeks or months later after an eventual setback.

Many feel overwhelmed trying to navigate the complex and varied advice given by nutritionists.

Many try (in perpetuity) to spark daily exercise routines to no avail, and many are plagued with cravings for junk food that sabotage any possibility of a healthy lifestyle.

If any of this describes you, you’re certainly not alone, and do read on…

The number of Americans and Brits looking to lose weight amounts to over 57 million, so it’s not a huge surprise to learn that a driving factor for weight loss is the astronomical level of obesity in both countries.

In the States, nearly 69% of Americans – that’s roughly 2 of every 3 US residents- is classified by the National Institute of Health as heavily overweight/obese. In Great Britain, it’s just as ominous: nearly ⅔ of Brits are classified as obese.

For these millions overweight, weight loss is not as simple as eating more healthful whole food or incorporating exercise into each day.

For many, it can be an endless litany of confusing and contradicting medical advice, wavering will power in the face of widely available and (literally) addictive foods, and an inability to make comprehensive lifestyle changes that are necessary to facilitate permanent weight loss.

While many may scoff at the role of the brain in the practice, mentality and psychology are some of the most significant pieces of the weight loss equation and manipulating them correctly might be the boost millions of overweight Brits and Americans need to achieve a desired and healthy endpoint. 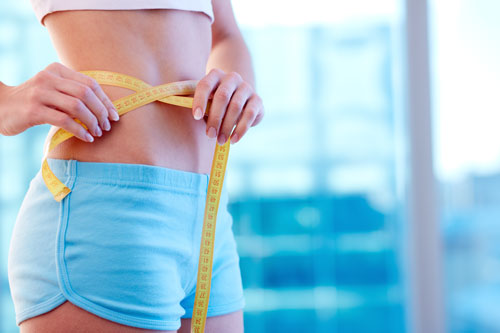 The Psychological Battle of Weight Loss

Most people understand what it takes to lose weight, though, admittedly, the unlimited permutations of exercise and diet plans can throw a wrench into the equation.

Nevertheless, most people acknowledge that the inclusion of whole foods and daily exercise are nothing but beneficial to weight loss goals.

So why is it that (on average) only 20% of those who lose weight can actually keep it off in the coming years?

There are several factors that influence an individual’s body weight: genes, exposure to environmental toxins and chemicals, lack of sleep, overexposure to antibiotics, certain medication, prenatal factors and lifestyle decisions.

But what people may not recognize is that brain plays a surprisingly large role in this milieu, as well.

The mindset we have around lifestyle choices greatly influences our actions, and in turn, our bodies.

For example, those plagued by emotions or memories may overeat or eat unhealthy foods for a variety of reasons:

Out of comfort, to treat anxiety or depression, as a coping mechanism, as a rebellion, as a reward or treat, as an association with happier times and also as a buffer in personal relationships.

Recognize that in this list of influential factors, there are several that cannot be changed, including prenatal factors and genes. But don’t be disheartened- there are so many that can be.

Telling people struggling with weight issues that they have the ability to change is one part empowering and one part frightening, as anyone who has tried mental work (like meditation or therapy) knows – changing the mind is no easy feat.

For some, it may seem impossible.

That’s where techniques like hypnosis come in. Hypnosis – either with an experienced professional or via the more affordable self-hypnosis – can help you address the subconscious reasons that keep weight on and in turn help you more easily shed extra pounds.

Sound too good to be true?

Well, utilizing hypnosis also makes a lot of sense: it can help you address obstacles to weight loss that you might not even be aware of. It can also retrain you to make healthier choices based on a healthier mindset.

Hypnosis can impart feelings of confidence and help personal attitude evolve and begin to orient around self care.

Hypnosis may also provide you with the mental and emotional coping skills that can take the onus off of emotional eating. In addition, hypnosis can also provide motivation and self control skills. 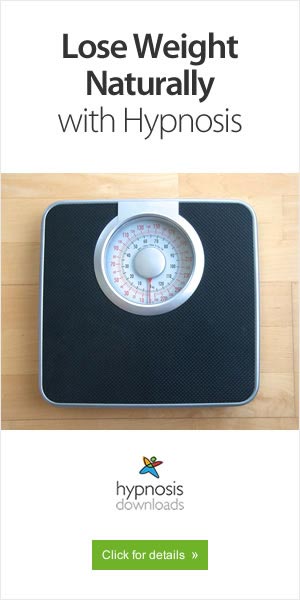 The Power of Suggestion

While it can be hard to decipher the legitimacy of all of the health and weight loss advice swirling around from well meaning friends and family, hypnosis for weight loss has a solid basis in science.

In conjunction with a health and wellness regime, hypnosis is designed to morph an individual’s mindset and help her or him achieve actionable results during targeted treatment.

While hypnotherapy alone is generally not enough to facilitate prolonged weight loss and lifestyle changes, its use in conjunction with other treatments, like CBT (cognitive behavioral therapy) has been proven effective.

In a study where scientists examined the treatments of 6 clinically obese patients, they came to the conclusion that “the addition of hypnosis substantially enhanced treatment outcome.”

After the treatment’s end, the researchers noted that participant’s weight stayed level or even declined- proof that the hypnosis had lasting effects.

Ultimately, given the information gleaned from the study and outlined in the chart below, the researchers concluded that hypnosis can ‘more than double’ the effects of weight loss treatment in the form of CBT. 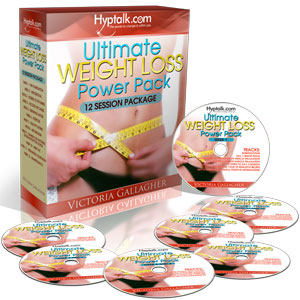 What Does the Science Say?

The correlation between hypnosis and weight loss has been studied since the 1980s.

In fact, the first profile study examining hypnosis for weight loss dates back to 1986, when researchers decided to study the weight loss patterns of 60 women, some of whom were overweight.

Participants split into two groups, both of which enacted changes in lifestyle and underwent weight loss behavioral treatment.

One group received a supplementation of hypnosis. These researchers found that both groups lost weight, but that the results between the groups varied wildly.

Researchers concluded that for short term weight loss, the study suggested that the non-hypnotised group lost an average of 6 pounds, while those who had been hypnotized lost, on average, 11.83 pounds.

Long term weight loss was also evaluated: the non hypnotised group leveled out at 6 pounds lost, but those who had been hypnotized averaged 14.88 pounds lost over time.

A more recent study published by the National Center for Biotechnology Information explores the possible correlation between hypnosis and weight reduction in sleep apnoea patients, a condition that makes weight loss very difficult.

Researchers found that across the board, their participants lost 2-3% of their body weight at the 3 month marker.

However, when researchers checked in with participants 18 months later, they found that the hypnotherapy group, that had also included elements of stress reduction, was still losing a small- but significant- amount of weight while the other group had stopped losing weight.

They concluded that hypnotherapy (in addition to dietary and exercise counseling) produced a ‘statistically significant result in favor of hypnotherapy. 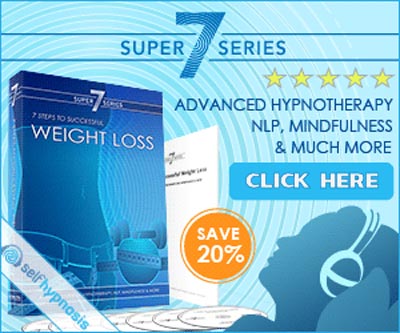 As studies have shown, hypnosis not only helps participants lose weight, but it helps them keep it off, which is arguably the harder of the two feats.

These promising studies indicate that self hypnosis, in conjunction with lifestyle changes, could be a major factor in sustained and lasting weight loss.

MS Faith Allison lauds the real potential of hypnosis in weight loss efforts, noting that in her 1996 study on obese participants, “researchers analyzed 18 studies comparing a cognitive behavioral therapy, such as relaxation training, guided imagery, self-monitoring or goal setting with the same therapy supplemented by hypnosis.

Those who received the hypnosis lost more weight than 90 percent of the non hypnosis, and maintained the weight loss two years after treatment ended.”

Let’s be clear: hypnosis is not a one-stop shop for weight loss. You should not assume that hypnosis can negate the need for a consistent, healthy diet and exercise.

The truth is that in order to be effective, hypnosis has to be one component in a holistic approach to health, wellness and weight loss.

The good news is that studies overwhelmingly praise the inclusion of hypnosis as a method of losing and keeping off weight, and its primary focus is on helping you overcome any psychological obstacles with food (motivation, will, confidence, mood, etc).

Hypnosis helps alter your mindset, and as a result, creates a foundation, which, with improved diet and regular exercise, will result in weight loss and sustainable weight management.

And with self-hpynosis audios available to buy online, getting started is easy and affordable. I recommend the 3 online stores below, each of which has a weight loss program. You can choose which voiceover accent you prefer, but it may be useful to try a couple and see which you are comfortable with.