You are here: Home / Sound Healing / What Is AMSR & Gentlewhispering? Purpose, Benefits & How to Get Started

Open up YouTube today and you can find a myriad of new videos enumerating seemingly mundane tasks and whispering.

Take, for example, the video of hands shifting the colored bands of a rubix cube, the soft click of the shifting parts magnified through your computer speakers. Hands crunching and rustling plastic bags of M&Ms.

What do all of these have in common?

They all fall under the category of ASMR, or autonomous sensory meridian response.

If you have no idea what ASMR is, you’re not alone. Though the technique has gained recent momentum across social media platforms, many are still unfamiliar with the term.

But as with most things meditation, brain-power and mind-manipulation related, I am up on all the latest information, studies, tips and tricks. So grab a coffee and let's do this! 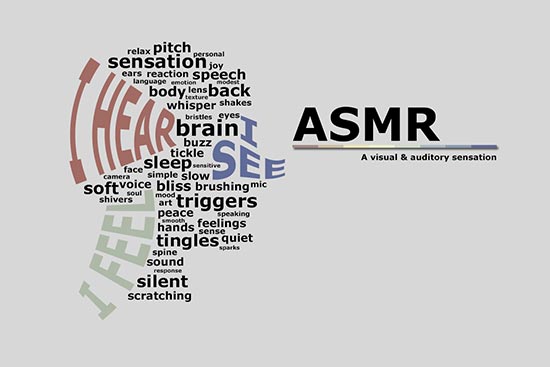 Here’s a bit of background: according to the Guardian newspaper, ASMR is associated with a physically euphoric ‘tingling’ sensation that begins in the scalp, head or neck as a direct response to sensory stimulus.

The physical sensations, which can spread to an individual’s arms and legs, are coupled with feelings of relaxation and overwhelming positivity. Common sensory triggers include “slow movements,” “crisp sounds,” “whispering” and “personal attention.

ASMR encompasses both audio stimulation as well as visual. Those who seek out ASMR may be more inclined to suffer from symptoms of depression and chronic pain. They may experience temporary improvement from watching videos categorized as ASMR.

Though ASMR has grown in popularity and recognition in the past few years, it was often vaguely referred to vaguely as ‘head tingle,’ or ‘attention induced euphoria,’ or even ‘head orgasm.’ Those who experienced the sensation weren’t even sure anyone else had.

It wasn’t until 2010 when a cybersecurity professional living in New York City coined it “autonomous sensory meridian response” and a movement was recognized. 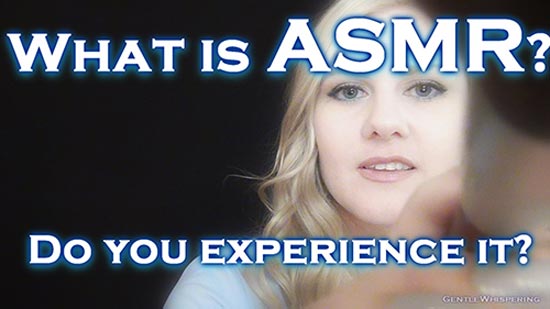 Are There Any Studies on ASMR?

Interestingly, in the six years since it started to become popular in the mainstream, only one research paper has been published about the effects and benefits of ASMR, though the demand for ASMR materials has created a community that numbers in the thousands.

As the only study of ASMR reports, those who practice ASMR identify specific themes in the media material that comprises this therapeutic technique. A common theme centers around the idea of care.

Many ASMR videos prioritize care and depict people in role play situations, where the viewer is taken care of by the caregiver (in this case, the creator of the video).

In many videos, grooming is a popular action, as is the role play of a medical examination. No matter the scenario, a large proportion of these videos involve directed attention, intimacy and care toward the viewer.

In other ASMR videos, an object- instead of the viewer- might be the receiver of attention, with audio as the primary therapeutic technique. In these cases, the use of sound is profound in its ability to transfix users and induce calm.

The growing use of ASMR is associated with stress release and relaxation, but many cite ASMR as a gateway to cultivating mediation practices.

Indeed, reported benefits mirror those of meditation. Some use ASMR as a method to increase concentration and also reduce chronic insomnia.

Physically, ASMR is said to help reduce pain associated with chronic illness or even depression symptoms, though long term studies about physically measurable benefits of ASMR have not been released.

ASMR and meditation do have crucial similarities: both can aid participants in their quest to focus and to shut off certain parts of their brain.

ASMR and meditation have also been associated with the sensation of ‘flow’ or the complete absorption in a present activity.

ASMR has frequently been associated with meditation as a starting point or as a form of guided meditation itself. Regardless, practitioners of both report increased focus and sense of calm.

Why is it Mainly Women Doing ASMR Videos?

The use of audio is unparalleled in its ability to sooth participants. One of the most popular YouTube channels associated with ASMR is called GentleWhispering.

It has amassed nearly 90 million total channel views, indicating that ASMR is a viable and popular option for those looking for non traditional relief from a multitude of physical and emotional symptoms

It was created by a woman named Maria (featured in the first picture in this post), who recognized the soothing effects of a whispering sound and decided to make it the backbone of her YouTube channel.

The feedback from her videos was so enthusiastic that she has since quit her job and now produces ASMR content as her full time career. Her video analytics indicate that Maria’s viewers are 51% male, 35 and older and 49% female, 18 and older.

Maria’s trailblazing role in the world of ASMR media raises an interesting point. The overwhelming presence of women in the ASMR content creation community is clearly evident.

More women than men produce successful videos and it is unclear as to why. Some viewers explain their preference to women’s voices as association with their mothers. This association draws on feelings of nostalgia and makes the experience more comforting.

Others note that women naturally have more soothing voices and more visually attractive appearances than men. It is important to note, however, that there are no specific or readily explainable reasons for the prevalence of women in ASMR. 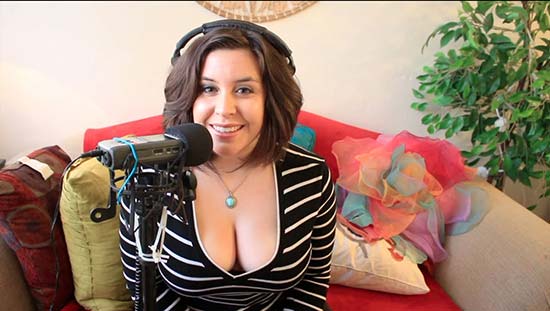 ASMR can have a seductive angle at times…

There’s also a darker side to ASMR. Initially pegged as a “brain orgasm,” there is a small percentage of people who derive sexual pleasure from quiet whispering ASMR videos.

This may be due, in part, to the use of objects in ASMR videos that have been fetishized by certain viewers. It may also be associated with the predominant role of young and attractive women in ASMR media.

There is also a continual narrative of care and intimacy associated with ASMR, as previously mentioned, and some interpret that theme as sexual in nature.

Many who use ASMR as therapy, however, reject the sexualization that occasionally occurs with this type of meditation.

What Are Binaural AMSR Recordings & Is This the Same Binaural Beats?

Binaural simply refers to the use of both ears to hear, but binaural audio describes sound that has been recorded using two microphones, resulting in 360 degree sound. This results in a pleasing and soothing auditory sensation.

For those who experience ASMR, binaural audio can be an effective trigger. It is important, however, to make a distinction between binaural audio and binaural beats.

Binaural beats involve the use of playing different frequencies in different ears to influence the brain’s frequency, which can affect the listener’s mood throughout the day.

The power of binaural beats is well documented on this site, so I won't cover that here, but it is important to provide a distinction between the two.

How to Get Started with ASMR (Autonomous Sensory Meridian Response)

ASMR is a burgeoning meditative and therapeutic technique – and one I'm exploring further.

To get started you can simply jump on YouTube or  Instagram and check out one of the videos of users whispering, tapping their fingers and crinkling empty bags.

It's pretty cool when done properly using binaural recording techniques, and you may have to search a while to find a professionally produced track that sounds awesome in your headphones. As with binaural beats, there's so much amateur crap out there you have to wade through before finding the pro sounds.

But give it a go. Why not? You may just find a new pathway to relaxation and inner peace.