We know that frequency-based music is effective on humans, particularly in the area of anxiety treatment. But what about pets?

Many dogs and cats suffer separation anxiety, but even more suffer during the firework celebrations that mark many occasions through the year.

Furthermore, the distress caused to wild animals such as birds, squirrels, hedgehogs, foxes, and raccoons, etc., is equally troubling.

Storms present a similar problem for some pets and cause the same symptoms of anxiety such as shaking, heavy panting, salivating, restlessness, and whining.

High levels of anxiety and stress can be a real threat for older dogs and cats whose hearts aren't as strong, or who may have existing health problems.

Personally, I am wholly in favor of developing silent fireworks. I think that's a good compromise. But storms are a natural occurrence and unavoidable, as is separation anxiety – you gotta leave the house sometimes!

For my dog, like so many others, shaking in a corner every time it's Fourth of July or New Year is a terrifying experience, and as owners we want to do all we can do relieve this suffering. After all, our pets are just like our children.

So why do these types of sound affect dogs and cats so much? The answer is their extremely good hearing ability.

Most importantly, how can we help them overcome this suffering? Believe it or not, we can achieve this with sound. Keep reading to find out more. 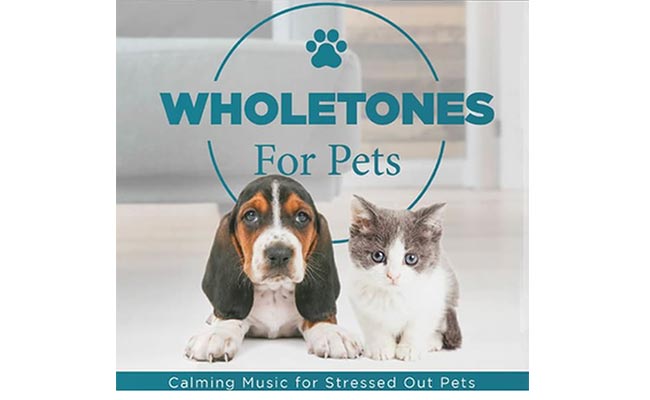 I have included this section because sound and the way it is produced and perceived is of great interest to me, and I think it's helpful to understand why your pet behaves in this way.

Dogs and cats have very sensitive hearing. It isn't just that they hear higher pitched sounds than we humans, it's the way they hear them. Certain sounds are far more intense for them

For dogs, sounds between 3,000 and 12,000 Hz in frequency are far more sensitive than ours. They can hear those frequencies even when they are between -5 dB and -15 dB, which means they hear those sounds when we can't (1).

Cats can hear much higher-pitched sounds than humans, approximately 1.6 octaves above the range of a human, and 1 octave above the range of a dog. Bear in mind that the cat’s external ear flap (the pinna) rotates up to 180 degrees to identify even the faintest of squeaks, peeps or rustling noises (2).

Considering the above, can you imagine how a dog of cat perceives a screeching firework, or a thunderstorm?

This is a sound that they don't understand, an unknown threat that causes deep fear and anxiety.

How to Calm Your Pet During Fireworks & Storms

If you're reading this post then you've probably tried the popular suggestions online, such as:

All of these suggestions are valid but usually problematic.

The first doesn't actually stop your pet being anxious when the fireworks start.

The second has minimal impact since your pet's hearing is so good.

The third may work for some but my dog just becomes restless and won't settle until the noise stops.

The fourth is a little out there since the safe place for a dog is usually its basket or perhaps the bedroom floor of its owner. For a cat it might be similar. Creating hiding places might work better for a cat, but introducing an unknown space during a time of stress is unlikely to work for most.

The fifth might potentially work, and does work for some, but specific music such as Wholetones For Pets is likely to be more effective.

The reason for this is that playing random music may actually make the situation worse. That music may also contain high pitched frequencies or sounds that are similar to those heard in the fireworks or thunderstorm. Indeed, some popular music may make a pet anxious or uncomfortable because of its sound composition.

What is Wholetones For Pets?

Wholetones is music that uses a specific frequency to achieve an outcome. It is based on an ancient scale of music known as the Solfeggio tones. Each frequency on the scale produces a different physiological healing effect in the listener.

The pets program uses a frequency of 396 Hz, and there's good reason for this.

396 Hz is the lowest frequency on the ancient scale. In other words it is low in pitch and music played at this frequency is low intensity and calming rather than high-pitched and energetic. It would be the exact opposite of the high-pitched screeches and bangs of a firework or thunderstorm, for example.

The 396 Hz frequency is associated with relieving the mind of grief and worry and negativity. It promotes joy and possibility, making it an ideal frequency for relieving anxiety and stress. 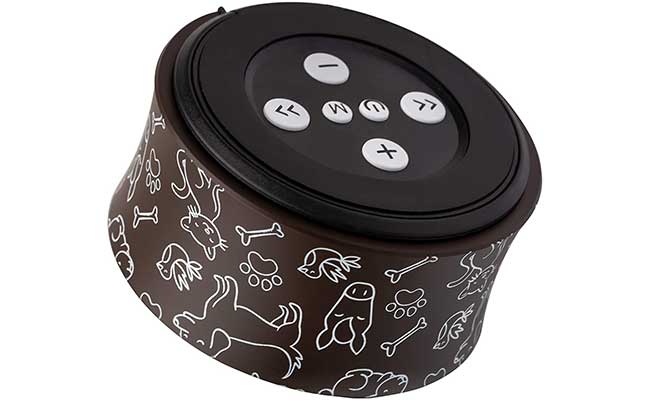 The portable Wholetones For Pets Player

How Does the Music Work?

When creating frequency based music like this, you can use any instrument you like but it must be tuned at the relevant frequency.

Of course it makes sense to use instruments that promote relaxation, which in this case is guitar and woodwind instruments.

All you have to do it play the music at an audible volume for your pet. I recommend turning the volume up to help mask unwanted sounds from outdoors that cause the anxiety.

I think what I most like about Wholetones For pets is the portable player. You can place the player in any room and leave it playing. If your pet decides to move room, you can just move the player.

This is handy because, if you're playing the music through a CD player or computer and your dog wants to be in a different room, it will be problematic to move your system around. Additionally, you can't strap headphones to your dog or cat, so the portable player can be placed near your pet's basket or safe space.

The portable player will repeat the hour-long music until you turn it off, which means you can go out of the house or fall asleep and leave it on for your pet.

In short, there's nothing you have to do except turn it on. 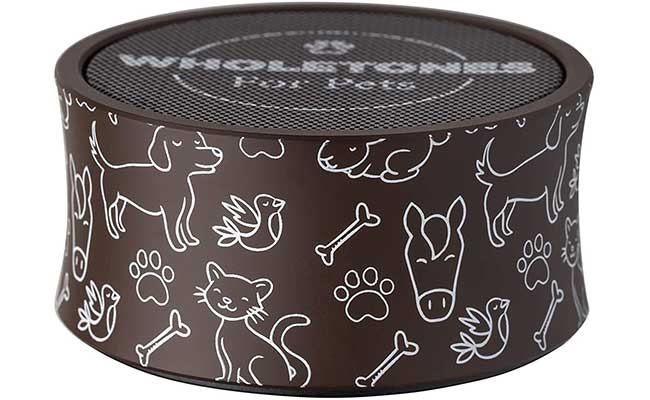 + Go to Wholetones For Pets

How to Train Your Dog Using Wholetones

For the music to be effective, I recommend playing it during happy times. This will create a positive association between the music and feeling calm and happy.

By comforting your pet and playing the music, your pet will come to associate the music with positivity. Then, when a storm starts, or fireworks go off, or you have to leave the house, you can put the music on and your pet will hopefully feel a sense of comfort.

I think this is an important element to success, as suddenly introducing the music when problem sounds from outdoors arrive may not be as immediately effective as you'd like.

I focussed on fireworks and storms because that's what we've used it for with our dog, but Wholetones for Pets could be applied to the following additional use cases:

I can tell you straight off the bat that the music didn't completely solve the anxiety during a fireworks episode. But it did reduce it, and that was pleasing. My dog is 12 now and has a heart murmur, so stress on the heart isn't good at all.

Once that first firework goes off, my dog (Dotty) starts panicking. She'll act startled – tail between legs, salivating – and it's downhill from there.

She acts like she's trying to escape by going upstairs but she is unable to settle. Eventually she'll sit and quiver, moving from place to place.

It took time for the music to have an effect during an episode, around 15 minutes or so, but it did eventually kick in somewhat and enable her to settle in the front room on her blanket.

Each bang she heard outside was still a trigger that made her sit up, but the subsequent anxiety symptoms were greatly reduced.

One aspect I feel could be improved is the volume. I'd like to turn it up a bit louder for when the fireworks are very loud, to drown them out more. That being said, you also get a digital download of the tracks so that you can play the music through a computer, phone, or tablet or burn a CD.

The portable player and digital download costs $49.95. I think it's pretty reasonable and fairly inexpensive as a potential solution to pet stress and anxiety.

They also offer a money-back guarantee. So if you don't have any joy with your pet you can return it. Can't say fairer than that!

+ Go to Wholetones For Pets