You are here: Home / Brain Power / Delta Waves: 10 Things You Should Know

They are probably the most mysterious and least understood of all of the brain wave states, which makes them even more intriguing.

What we do know is that delta brain waves occur during the deep stages (3 & 4) of sleep. This is the restorative stage of sleep where the body repairs itself and energy is restored (1).

If you've ever woken up feeling very unrested yet were sure you were asleep for 7-8 hours, then you probably didn't spend enough time in the delta stages of sleep.

And if you've ever been woken up mid deep sleep, you know how groggy that can make you feel.

There is no (or very little) recall from test subjects about what being in the delta state feels like – because it is like being in another world.

But we do know a fair bit from scientific studies and monitoring of people's brainwave patterns.

In this post, I'll reveal some of the amazing facts about delta waves. And tell you how to increase your production, and how to enter the delta state while you're awake! 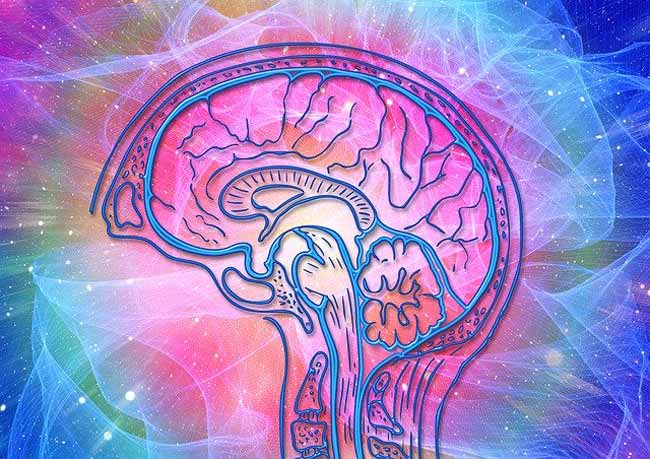 When Delta waves increase our awareness of the physical world decreases. This enables us to access information in our unconscious mind.

The unconscious mind is made up of the processes in the mind that occur automatically and are not available to introspection. This includes things like thought processes, memory, and motivation.

This is why when we're caught in that half-sleep mode we have those trippy dreams where we maintain awareness but are seemingly living in another world.

This is why delta waves can assist astral projection and lucid dreaming. We are able to decrease our attachment to the physical world.

2. Babies Spend the Most Time In Delta

Delta is the dominant brainwave rhythm in infants up to one year of age. Those lucky babies! It makes sense, though, because babies spend so much time asleep – but actually they experience high volume delta when awake!

I bet they have some trippy experiences!

Those who operate at high performance are able to decrease Delta waves when high focus is required.

Conversely, most individuals diagnosed with Attention Deficit Disorder are not able to do this. That's why they may feel distracted, tired, dazed, etc. (2).

4. Delta is the Lowest Level of Brain Wave Activity

Delta waves are slow waves at high amplitude. Any slower and we might not be alive. That's why you may wake up sometimes and be like “I wasn't aware I was asleep” (3).

5. Delta is Considered a Gateway to Spirituality

We spend close to a third of our lifetime asleep, yet we don't know much about it, particularly the delta state. Science believes that thought processes disappear in this state and conscious awareness is lost.

For this reason it is believed that within this realm is the gateway to God, to Infinite Intelligence or the Collective Unconscious” mind.

This ties nicely, or not, in with number 5. Delta waves will be the last type of brainwaves we produce before we die. It makes sense: the brain slows down and fizzles out. We're all just vibrations, man.

Some drugs and alcohol have been shown to mess with the brain's delta wave production. It's no wonder that you get such a bad sleep when you get drunk – the brain doesn't get the restful deep sleep it needs. (4).

Scientific research has shown that women have more delta wave activity than men. Interestingly, females among most other species of mammal display a similar tendency. We don't yet know why! (5)

This is one of many reasons you start feeling lethargic when you deprive your body of carbohydrates. Increased delta activity during the day will cause ADD like symptoms.

Interestingly, this diet was originally designed for refractory epilepsy in children and is considered high dangerous by the medical field – yet it is sold as a diet trend. Worrying.

Let's end on a positive one.

When we are in the delta state we release anti-aging hormones, including melatonin and DHEA.

DHEA is a hormone that slows the aging process, possibly improving well-being and cognitive function. Some people take supplements for this, but science hasn't show a benefit. Instead, sleep is the best way to promote DHEA production.

Additionally, levels of the hormone cortisol dip during the deep sleep stage and increase over the night to promote alertness in morning.

This is discussed further in this binaural beats research.

Can You Enter Enter Delta When Awake?

It is possible. After all, you did it in the womb and as a baby in your first year of life.

The thing is, delta is the dominant brainwave in deep sleep, not during waking hours.

But with brainwave entrainment, it is possible to stimulate delta production.

This happens because of the frequency following response created by binaural beats. The brain follows along at the frequency it is played and begins producing brainwaves at that frequency.

It's a tad more complex than that. More on that in my how binaural beats work post.

So, you could technically listening to delta brainwave entrainment recordings in the day to access delta.

You have to remember though that your brain will also be producing a spectrum of alpha and beta and gamma waves, because it is the day time. So it may take a while to achieve.

However, this is best attempted just after you have woken up from a night's sleep, or during an afternoon slump whereby you can slip into that cat-nap state that hovers between being sleep and wakefulness.

Where Can You Buy Delta Waves Music?

If you want to increase delta wave production you can try brainwave entrainment. This involves listening to music that contains delta wave frequencies.

For the record, I mostly use delta tracks before bed to promote better sleep. I used to do lucid dreaming, but since I'm no longer a student with time on my hands I haven't tried it.

I don't really want to feel lazy during the day, so I don't use delta unless it is in the evening.

Additionally, I mainly use theta music for meditation, relaxation, and relieving symptoms of anxiety, and alpha frequency music for focus and productivity.

I recommend the following three stores to get your delta frequency music:

All you have to do is sit back and relax, put on your headphones and listen.

I Have High Delta Waves When I'm Awake. What Now?

I've received a fair few emails with this question over the years, so it isn't uncommon. This diagnosis is given via electroencephalography, which is an electrophysiological monitoring method to record electrical activity of the brain (6).

You most likely suffer from poor focus and attention, perhaps lack of productivity, or just feeling twitchy and anxious. Perhaps you have also been diagnosed with ADD.

In this case I'd recommend experimenting with using high alpha and beta wave frequencies, even low gamma, around 40 Hz.

You want to encourage the production of higher activity brainwaves and create a broader spectrum of the aforementioned frequencies to balance out the over production of delta waves.

You may have been referred for neurofeedback therapy, which may help. The problem is it can be expensive and may not be covered by your insurance provider.

A cheaper option may be to experiment with brainwave entrainment first. Or do a bit of both.