You are here: Home / Binaural Beats / Exploring Sound Therapy to Cope with Tinnitus

We all love sound: conversation, music, nature's ambience. But what happens when sound turns against us and becomes a living nightmare. I'm talking about tinnitus.

I've suffered intermittent tinnitus in the form of ringing in the ears. This was a result of over-exposure to loud music and prolonged headphone use in the studio.

However, I'm pretty lucky, as mine subsided and only comes back occasionally, and not for long.

For others, it can last for long periods of time and be a truly depressing experience.

The irony, though, is that sound therapy can help us overcome tinnitus.

In this post, I'll explore the options for coping with and potentially curing this annoying problem, including using binaural beats for tinnitus – something I know a fair bit about. 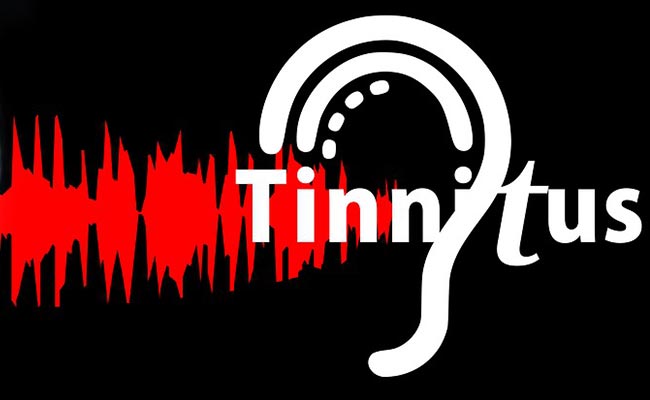 According to the British Tinnitus Association:

Tinnitus is the perception of noises in the head and/or ear which have no external source. It derives from the latin word for ringing and those living with the condition may have to endure a ringing, buzzing, hissing, whistling or other noise. The sensation can be constant or intermittent and it can vary in volume (1).

Tinnitus is an auditory system problem and not an illness or disease.

It can be caused by an underlying health condition such as Ménière’s disease, an infection, or hearing loss, or something much simpler like ear wax build up.

Ménière’s disease, is a disorder of the inner ear that usually affects hearing and balance. It can cause debilitating vertigo and tinnitus, and it sometimes creates a feeling of fullness or pressure in the ear.

With tinnitus, noise can be heard in one or both ears. And it feels like it is inside the head; though the location is not clear, making it even more frustrating.

Most people hear a single noise such as a high-pitched sound or ringing, but the noise can be composed of multiple sounds.

There are also a couple of defined sub-types outside of the standard tinnitus diagnosis.

Musical Tinnitus is characterized by hearing a familiar tune or song. It's a musical hallucination.

This is quite common and most people will experience a short episode of this at some point in their life – albeit very temporary. However, when it persists and becomes a problem it will need to be diagnosed and treated.

Some people may experience the perception of a beat that feels like it is in time with their heartbeat. This is called pulsatile tinnitus.

As with all forms of Tinnitus, this can be quite disturbing and cause anxiety for the sufferer.

As I mentioned, I've had it mildly and coped well. I used sound therapy to heal, which I'll get onto in a moment. For others, however, it can get progressively worse.

According to the NHS, you should seek help if:

Or if you have tinnitus…

Most tinnitus therapy revolves around management and reducing anxiety.

You can use sound therapy to entrain your brain to tune out and become less aware of the noise.

Then, in 1993, Jastreboff and McKinney introduced the theory of ‘habituation of the disordered auditory system’. They used low-level sounds (sound enrichment) to regulate a person’s tinnitus.

To date this is the most widely used method of control.

Sound enrichment can be as simple as opening a window to hear the breeze or traffic, or a little more technology-orientated by listening to a sound generator that simulates natural sounds like rain and waves breaking on the seashore.

There are also apps that provide white noise, and ambient music CDs and downloads you can buy.

The aim of this therapy is to enable people to habituate to their tinnitus, so that it is ‘filtered out’ most of the time by the brain, even though it may still be present.

You could create your own sound enrichment by recording the sound that best masks your tinnitus and causes it to subside.

Or simply develop a go-to habit like listening to Lofi music on Spotify (I recommend this), or opening the window to let the sound of the outdoors distract your auditory senses.

Interestingly, one of the areas that remains quite niche but successful for many who try is listening to binaural beats.

Binaural beats work by getting the brain to follow along at a particular frequency. This is called ‘frequency following response'.

The brain receives these frequencies and kind of creates a new frequency, which is the mathematical difference between the two. It then produces more brain waves at that particular frequency.

So why is this important in helping with tinnitus?

Well, because every sound has a dominant frequency. So if you have ringing in your ears, it will be at an annoying high pitch frequency.

Remember: it is thought that tinnitus is caused by perception, not by an actual external or internal sound. So for what of a better phrase, you have to find a way to “snap out of it”.

Additionally, binaural beats usually have a music overlay, typically rainfall, nature ambience, sea-waves, white noise or other meditative ambience. This acts as a mask for the tinnitus.

So effectively this is a two-pronged approach:

It's interesting that the Tinnitus Association doesn't recommend binaural beats for tinnitus, because there is research in this area.

One study of 26 patients over a 3-month period saw a considerable reduction in tinnitus disturbance.

Following the 3-month period, re-evaluation found a reduction in the degree of tinnitus disturbance in all 26 patients. The mean disturbance rating was reduced from 5.81 to 3.06.

The modality is very effective because it positively affects both habituation to reaction by its relaxing effect and the habituation to perception as a partial masker. This dual effect can be achieved because the BWE auditory stimulation is very pleasant to listen to.

Which Binaural Beats to Use

Most people who have tinnitus are affected by high-pitched sound. So the last thing you want to do is exacerbate this by listening to high pitch frequencies.

Therefore, ideally you want to listen to binaural beats in the Alpha, Theta or Delta ranges.

Theta is preferable because it is relaxing. It is known as the state of meditation; so listening will relax you and relieve anxiety around your tinnitus, as well as mask it.

Whatever you do, do not use YouTube binaural beats for tinnitus.

My word. I went on there and found the most horrendous high pitch tracks that I couldn't even listen to without tinnitus, let alone with.

I knew I couldn't be alone in thinking this and I wasn't. Others on the Tinnitus forum have had dreadful experiences that have actually made things worse.

YouTube creators create videos for views and don't necessarily know what they are doing. Most videos don't even list the frequency used either – so you've no idea what you are listening to.

You want a track created by a music professional that is created with tinnitus sufferers in mind.

Self-hypnosis is another interesting area.

One study showed that hypnosis was able to reduce the sounds of tinnitus in 73 percent of participants. While this is not a cure, this could make a significant difference to your life.

The results have shown that 73% of SH subjects reported disappearance of tinnitus during treatment sessions, as compared with only 24% in the BAS group.

Moreover, the short-term (1 week) and long-term (2 months) symptom profiles of only SH subject: revealed a significant improvement. Thus, SH may well be a beneficial method for the relief of tinnitus (4).

By working with the unconscious mind, it is possible to alter certain perceptions and responses, which can greatly help in the management and treatment of tinnitus. Again, it's worth noting that tinnitus is perceived sound.

Self-hypnosis helps you reclaim control over your sense and, like binaural beats, creates a distraction from the brain and alters your default response to the ringing or other sound in your ears.

Tinnitus is unpredictable. For some it disappears in a couple of days, for others it may take weeks or become something that occurs intermittently for life.

If your tinnitus grows louder over time, this may indicate that you suffer from progressive hearing loss. And if your tinnitus lasts for more than two weeks, you should consult a doctor or audiologist.

If you have no underlying condition to be treated but still suffer then it is worth trying some of the aforementioned natural therapies. They are inexpensive too and may save you money on private treatment.

What is your experience with tinnitus and how do you manage it? Let me know in the comments section below.