You are here: Home / Brain Power / What Are Epsilon & Lambda Waves?

When we talk about brainwave entrainment, and specifically binaural beats, we usually refer to four key brainwave states: Delta, Theta, Alpha and Beta. And a fifth, which isn't mentioned as much, which is gamma.

But there are two other types of brainwaves that don't get much attention: Epsilon waves and Lambda waves.

The reason is that unlike Theta and Alpha, for example, we don't have much scientific data to go on that will help us understand how brainwave entrainment in these areas may benefit our lives.

But we do know enough to make the topic very interesting. For one, both these brainwave types, despite being at opposite ends of the spectrum, are very closely related. 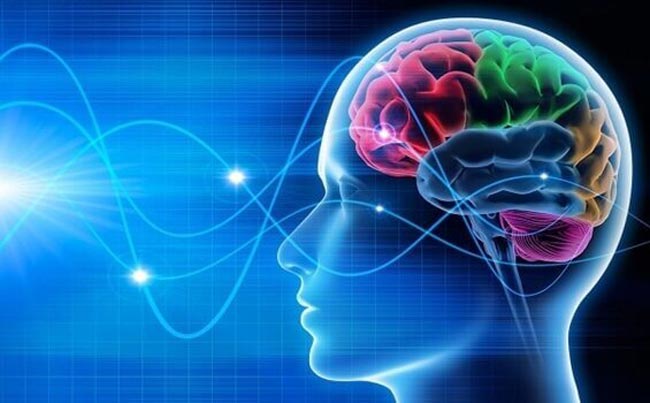 * Oscillate means to move or swing back and forth in a regular rhythm.

Lambda waves are associated with experienced meditators, such as the Tibetan monks, who are able to meditate in the Himalayan mountains for hours without succumbing to the very low temperatures.

Similarly, you may have heard of a man known as the ‘Iceman', who is able to control his core body temperature and withstand freezing temperatures. It is thought that he is able to tap into the Lambda waves brain state for a prolonged period of time.

Wim Hof, the Iceman. Like the Himalayan Tibetan Monks he is able to meditate at extremely low temperatures.

Lambda is therefore associated with a much higher level of consciousness, beyond simply deep meditation or spiritual consciousness. It is more a state of complete oneness and wholeness.

The Lambda state seems to be an almost a secretive one, one that is somewhat shrouded in mystery. And that would make sense considering it is incidentally tied to the Tibetan meditation tradition.

Lambda is often associated with a moment of discovery and insight that is indescribable, an “aha” moment, so to speak. I guess the best way of putting it would be if you suddenly understood the meaning of life: you'd be able to feel it and sense it, but unable to put it into words.

The Epsilon waves are very low-frequency, below that of delta waves which start at 0.5Hz. To give you an idea of just how low that is, most electroencephalogram (EEG) devices are not able to measure below o.5 Hz.

The same ‘riding' phenomenon seen in Lambda waves can be seen in Epsilon waves. If you zoom in far enough you would see that embedded within the Lambda wave is a very slow Epsilon wave (riding).

The so-called Epsilon state is associated with ‘suspended animation'; a state where you're alive but with no obvious signs – so no perceivable heartbeat, respiration or pulse. It is said that some yogis and meditation masters are able to achieve this state.

So I find it extremely interesting that the Lambda waves and the Epsilon waves, despite being at opposite ends of the spectrums, seem to have an interconnectivity, whereby they support each other.

Now, considering the above regarding ‘suspended animation', it would seem that those accessing these states through meditation and practices of higher consciousness are seemingly walking the line between life and death, almost.

And again I reference back to what I said earlier about not being able to fully explain what happens in these states, which makes absolute sense to me because it is a level of consciousness that is essentially indescribable, and perhaps immeasurable by science.

So the benefit of  accessing the Epsilon state is purported to be an extraordinary state of consciousness, one of a much higher awareness, and perhaps one of suspended animation.

You won't actually find many Lambda and Epsilon recordings for sale on the popular brainwave entrainment stores. This is mainly because there really isn't the research available to be able to quantify results and explain what the benefits would be.

So essentially it's a leap of faith and something that you'd be experimenting with.

It should also be noted that Lambda waves are extremely high frequency waves and may have the potential to cause headaches in some people.

Additionally, if you experiment with Epsilon entrainment, you should do so when lying down or sitting in a meditation (lotus) position. Do not drive a car, operate machinery or do anything that requires your full concentration.

For those new to brainwave entrainment music, my personal recommendation is that you start off with the most common brainwave states (Delta, Theta, Alpha, Beta).

As a general rule of thumb I advise beginners to start off with some Theta entrainment for relief of stress and anxiety, to access a meditative state, and enhance creativity; Alpha entrainment for focus, productivity and positivity, and delta for better sleep.

The best way to encourage the production of these brainwaves would be to practice daily meditation and to use other brainwave entrainment music. This will encourage the synchronization of the left and right brain hemispheres and subsequent higher brain functioning.

If you do want to try some Lambda or Epsilon entrainment, check out iAwake. This store carries some quite progressive titles that delve into the deeper levels of spiritual consciousness.

Despite oscillating at very different frequencies, Lambda and Epsilon waves appear to produce a very similar state of high-level consciousness, yet one that can't really be described outside of somewhat ambiguous language.

The two states are interconnected, but this may not be as relevant as we think. We see a similar occurrence with Gamma waves: when we zoom right in we can usually see a Gamma wave underneath a Lambda wave.

This is because all of these brainwave states are interconnected. If we took a snapshot of our brainwaves at any one given time, we would of course find one dominant brainwave category, but we would also see a spectrum of brainwaves of different frequencies.

But what we do know is that very experienced meditators, such as the Himalayan Tibetan monks, produce an abundance of these waves during meditation sessions, and seemingly tap into a level of consciousness that the majority of us will never discover.

What that consciousness represents, or can do for us in the physical realm of this world, is unknown and undocumented by science