You may not have thought about anything ‘gamma’ since high school physics or your college fraternity rush week, so you may be surprised to hear that gamma waves play a significant role in the day to day functioning of your brain.

Not only do they assist with improving and maintaining memory, they can stop you feeling stressed and depressed, and may prevent Alzheimer’s and schizophrenia

What Are Gamma Waves & How Do They Work?

The brain is made up of (quite literally) billions of cells, which are called neurons.

These neurons send critical messages to each other and to other parts of the body through electric signals, and this cumulative amount of transferred electricity is generally referred to as a brain wave.

Brain waves with the highest frequency are called gamma waves, and they can have a frequency of anywhere between 25 and 100 Hz. Oscillations of 40 Hz are pretty typical, but some attest that 30 Hz represents the middle ground.

Regardless, identifying gamma waves is critical to understanding how the human brain functions during different emotional states.

Even though gamma waves have the potential to unlock crucial information about the brain, the presence of these important waves was largely ignored until the mid 1960s.

It wasn’t until this time that digital electroencephalography was developed, allowing scientists to identify these waves, since more archaic types of technology could not measure the speed of these gamma waves or even characterize them.

In the 1960s, the first gamma waves recorded were likely from monkeys, and at this point scientists found that measuring an individual’s brain gamma waves could give a pretty interesting picture of the person's cognitive state and abilities.

In fact, individuals whose brains produce more gamma waves are said to experience higher levels of cognition, a greater ability to concentrate and intense feelings of satisfaction.

Studies by researchers Dempsey and Morison concluded that individuals could intentionally change their brain wave patterns through exposure to different elements, like light and sound.

Therefore, gamma waves might also be a key to improving mood and sparking creativity in individuals.

The Relationship Between Gamma Waves & Meditation

Meditation, an old world technique where practitioners sit in quiet reflection, is certainly getting a second wind.

And it's no surprise why. Meditation has been shown to improve the mental state of those who practice, even altering and improving both emotion and cognition for the long haul. Now you know why I do it!

Interestingly enough, researchers found that those who engaged in meditation experienced gamma oscillations (gamma brainwaves) during their practice.

As previously stated, gamma waves are associated with a feeling of greater wellbeing and improved cognition.

The results were astonishing.

The control group had little to no gamma brain waves, while the meditative group displayed high levels of gamma activity, leading researchers to conclude that meditation has a viable effect on altering an individual’s mood, cognition and even brain functioning.

Nobel prize winning scientist, Sir Francis Crick believes that the 40Hz frequency may be the key to the act of cognition, and other scientists are beginning to hop on board.

In a 2011 study, researchers determined easily that ‘cognitive control of emotion plays an important role in maintaining emotional stability in people’s daily life.’ How, exactly, was a little less understood.

Therefore, scientists created an experiment: an electroencephalogram was recorded in fifteen test subjects who went through a range of emotional stages to measure the frequency of the gamma waves during each state.

Researchers found that gamma waves were helpful in detecting ‘attention regulation’ for both positive and negative emotions.

This ability to regulate emotions is certainly an indicator of individuals who are well adapted to thrive in social environments- these individuals may also be generally perceived as mentally and emotionally stable.

But gamma waves are more than just a helpful method of detection. The use of specific frequency brainwaves to influence mood or improve cognition (also called brainwave entrainment) is a great way to improve the mood and abilities of an individual.

In fact, a recent study noted that “a protocol that alternatively ascended and descended from beta to gamma [waves] enhanced arithmetic skills and attention.”

This could be groundbreaking for young learners who suffer from attention disorders, or who need a little extra help in school.

Unlocking the secrets of human cognition and uncovering the role of gamma brain waves also has the potential to greatly impact and improve brain functioning, especially for those who are at risk for degenerative brain diseases later in life.

In order to combat potential cognitive degeneration (which can begin for some at age 30), researchers and scientists have encouraged the use of meditation, aided by 40 Hz gamma wave light, to try to heal and repair ailing connections between neurons.

Health benefits of reintroducing gamma waves include an improved memory capacity, attention to detail and the ability to store and recall data. 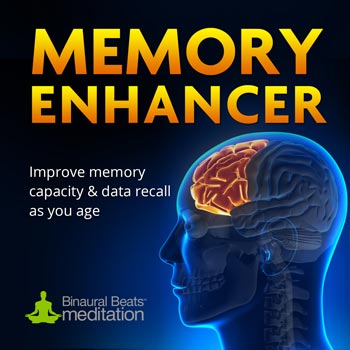 Those who have studied the benefits of gamma wave audio in everyday meditation practices claim that these waves ‘enable better processing of information directly to and from the hippocampus and the temporal lobe- the area of the brain primarily associated with memory and navigation.’

In addition, gamma activity supports the healthy functioning of something called ‘spatial memory,’ which helps orient an individual in an environment and record information about his or her environs.

How Gamma Waves Might Be Able to Prevent Alzheimer’s Disease

Gamma waves can also help individuals unlock information about their brain health, and are poised to act as an invaluable resource to those suffering from head traumas or degenerative diseases.

As we know, gamma waves are typically linked to higher cognitive abilities, like attention and memory. Disrupted gamma waves are often reported in brain disorders, like Alzheimer’s and schizophrenia.

The connection between gamma waves and Alzheimer’s can be difficult to decode, but Alzheimer’s occurs when a protein (beta-amyloid) collects in between neurons and creates what is called a ‘plaque.’

Researchers have found that reintroducing gamma waves can, essentially, clear the areas of plaque, reducing the buildup of the beta-amyloid and improving cognition and understanding.

To put this idea into practice, researchers targeted mice who were experiencing preliminary stages of Alzheimer’s.

They then exposed them to light that flashed at 40 Hz, which increased the mouse’s gamma brainwaves for a maximum of 24 hours.

One study indicated that “fast-spiking parvalbumin-positive (FS-PV)- interneurons at gamma (40 Hz), but not other frequencies, reduces levels of amyloid beta isoforms, which are generally associated with the beginning stages of Alzheimer’s disease.

As the researchers with the LED lights found, the flashing pattern at the particular frequency (40 Hz) both increased gamma waves and reduced beta amyloid levels by nearly half.

Though the results from the mouse experiment only lasted 24 hours, researchers found that increasing treatment times to include a 40 Hz light exposure of over an hour each day (7 days a week) further reduces the number of amyloid plaques, acting as an efficient method of combatting the effects of Alzheimer’s.

While this method of therapy is still in beginning stages, researchers hope that gamma waves will eventually help treat degenerative brain diseases, and also brain injuries.

So What Happens When You Are Gamma Deficient?

While this deficiency in gamma waves is a hallmark of patients with degenerative brain diseases, you don’t need to be on the brink of Alzheimer’s to experience the ill effects of a brain without gamma.

Those who experience a deficiency of gamma waves could have a host of issues that include problems with perception, issues with R.E.M sleep, an inability to practice meditation, relaxation and/or self awareness.

As the amount of gamma waves decrease, an individual is increasingly prone to depression, stress, impulse or lack of focus.

How Can We Produce More Gamma Waves?

Fortunately, there are several ways to naturally boost the amount of gamma waves your brain emits. Increasing gamma brainwaves can be achieved through traditional meditation practices.

Slow, focused relaxation sessions can gradually increase your output of gamma, though if meditation seems like too much of a feat for you, brainwave entrainment is the way to go.

It's a kind of  auditory illusion” that occurs when two waves of different frequencies are channeled into the single ear of a listener. Your brain will then produce waves that equal the difference in frequencies and become entrained to that frequency.

Increasing the brain’s output of gamma waves can be massively beneficial for an individual who wishes to be more balanced and for those who feel their cognitive functioning could use a little support.

Gamma waves are associated with self awareness, data processing and memory retention levels. Greater feelings of satisfaction and well being and are only a meditation session or a binaural audio clip away.